Posted on October 7, 2018 by dcdirectactionnews

On the 6th of October, the US Senate voted to confirm “Injustice KKKavanaugh” by a 50-48 margin. The vote was interrupted by protesters who Vice President Mike Pence himself tried to gavel into silence. Outside, a mass protest occupied the East Steps of the US Capitol. At times the sound of public fury was deafening.

The occupation of the Capitol East Steps began with a quick march-in from the East Lawn that got through a failed police attempt to keep them from reaching the steps. As soon as they were up the stairs, the larger crowd from the Supreme Court descended on the area just below the steps in support. This civil disobedience kept many of the US Capitol Police busy, reducing the risk that any of the protesters who got inside would be recognized and ejected by a random cop who had seen them before. The outside civil disobedience was not just a diversion covering the inside teams but also created a major public spectacle of its own.

KKKavanaugh’s ascension to the US Supreme Court while there are at least three unresolved allegations of attempted rape against him will cast a pall over everything the Supreme Court does in the next few years. Decisions to revoke the Affordable Care Act’s protections for those with pre-existing conditions will be much more likely to be met with countervailing legislation at the state level under these conditions. States and localities will be much more likely to refuse Federal law enforcement grants and continue keeping ICE out of their courthouses and jails if a Supreme Court decision legalizing Trump’s efforts to cut off funds to sanctuary cities comes from a Supreme Court deemed illegitimate by the voters who put the local officials in power. A decision to replace Roe v Wade with a ruling that a fetus has a 14th Amendment “right to life” will be far more likely to encourage California (and maybe New York as well) to secede from the US if it is followed by enforcement attempts driven by a rapist’s signature on the Supreme Court’s decree. 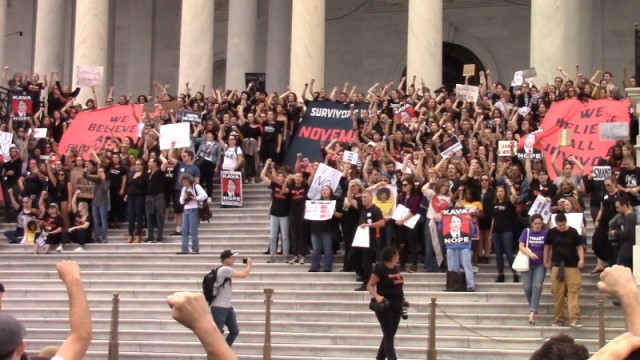 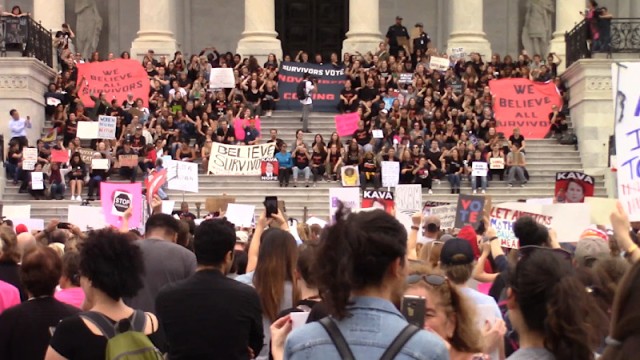 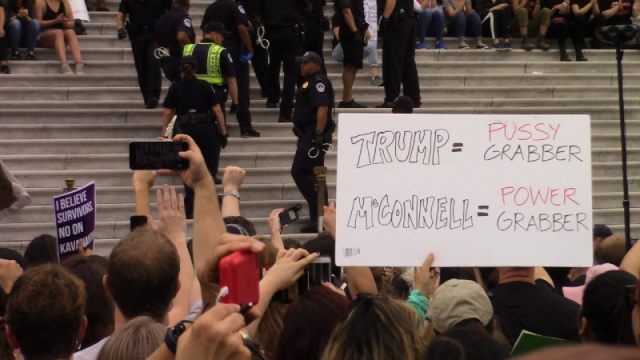