Posted on December 1, 2017 by dcdirectactionnews

Beginning at 3PM on Nov 30, protesters have been gathering at the East side of the US Capitol to oppose the Trump tax bill. Like most GOP economic efforts, this bill robs from the poor and middle class to give to the rich. Under this bill, a person with $3M a year in income gets a $100K tax break, while a person with less than $50K in income will usually pay more.

Protesters vowed to stay all night over Nov 30-Dec 1, as the People’s Fillibuster is continuing until the Senate votes on the tax bill. As evening became night rain came through, and someone ordered pizza for the cold but determined protesters. 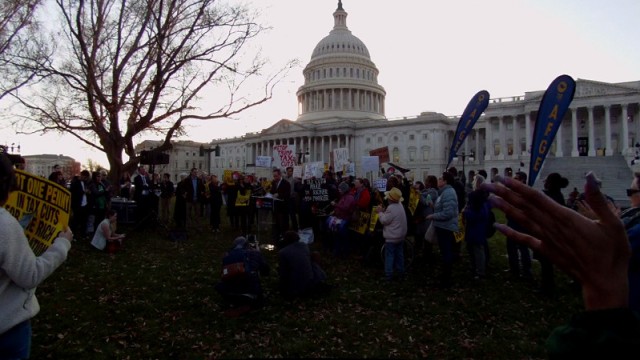 Kill the Bill! The People’s Fillibuster at about 3:30PM

The People’s Fillibuster a little after 5PM 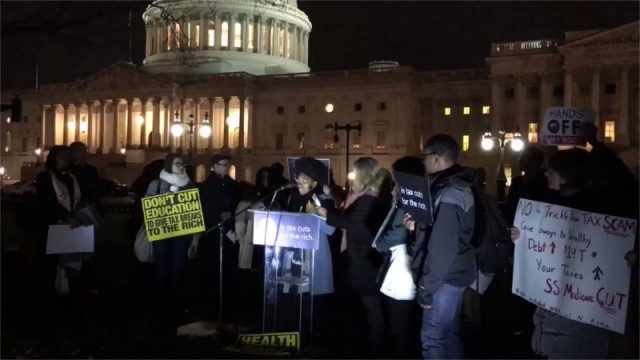