Posted on January 17, 2016 by dcdirectactionnews

On the 16th of January Black Lives Matter activists staged the first “Muriel’s Gotta Go-Go” dance party outside the Reeves Center.The dance party was complete with a sound truck playing banned go-go music, prohibited in DC nightclubs by ruthless governmental harassment. Due to this ban the protest was billed as a civil disobedience just for playing the music. Demand included not only the removal of the ban on playing go-go music in clubs, but the removal of DC Mayor Bowser from office. In response to the Black Lives Matter movement she has proposed more cops, more fines, and more searches-and activists are saying this shall not pass!

Same video on Liveleak, tech trouble at Archive as this is written 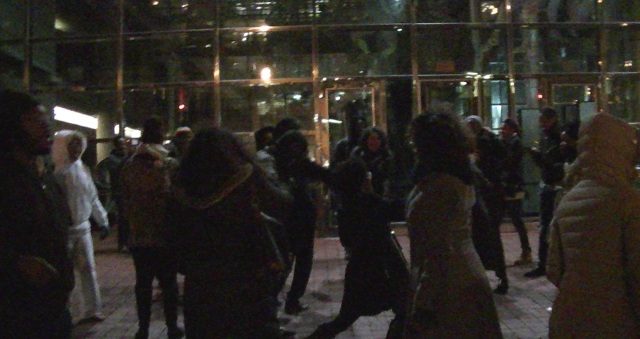 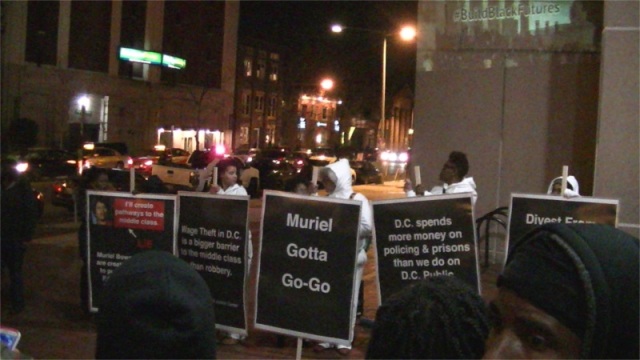 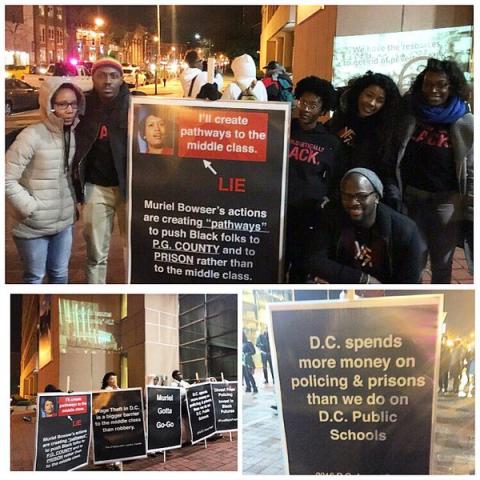