Posted on August 28, 2014 by dcdirectactionnews

On the 27th of August, protesters gathered in front of the Dept of Justice to demand the arrest of Ofc Darren Wilson in Ferguson for murdering Michael Brown. They also demanded accountability for all other killer cops, removing all military hardware from police possession, and body cameras on all cops, all the time. The rally effectively blocked the Constitution Ave doors of the Dept of Justice. The rally was followed by a march through Chinatown to a related event at Busboys and Poets.

At Busboys and Poets, marchers packed the house for “Ferguson and Beyond – The Way Forward” A Town Hall Meeting on Police Killings of Black Men. This was broadcast live on both C-Span and on WPFW 89.3 FM.

Video-reading of demands at DOJ followed by quick march clip 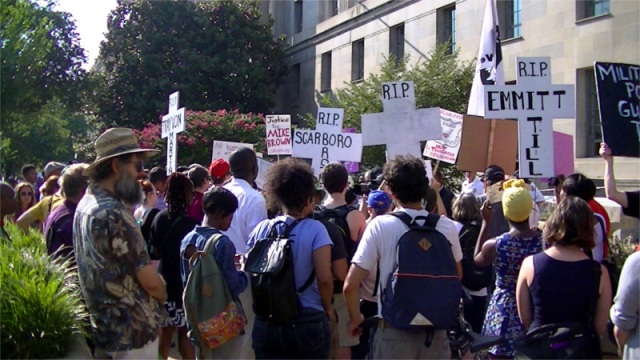 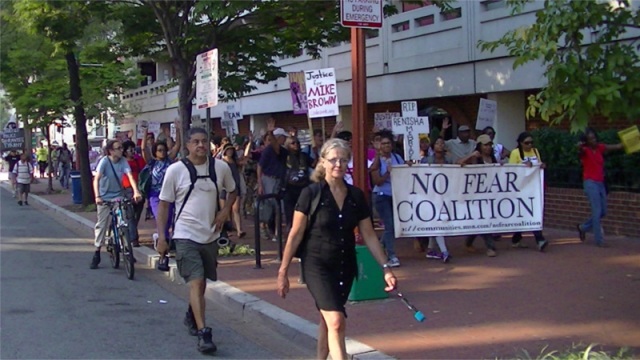